Manchester City are the defending champions. Wolverhampton Wanderers, Cardiff City and Fulham joined as the promoted clubs from the 2017–18 EFL Championship. They replaced West Bromwich Albion, Swansea Cityand Stoke City who were relegated to the 2018–19 EFL Championship.

Twenty teams will compete in the league – the top seventeen teams from the previous season, and three teams promoted from the EFL Championship.

Teams promoted to the Premier League

The first club to be promoted was Wolverhampton Wanderers, following Fulham’s 1–1 draw with Brentford on 14 April 2018. Wolves will play in the Premier League for the first time since the 2011–12 season. They were also promoted as 2017–18 EFL Championship winners, after clinching the title on 21 April 2018 following a 4–0 victory over Bolton Wanderers.

The second club to be promoted was Cardiff City after drawing 0–0 with Reading on 5 May 2018, the last day of the regular season, with promotion rivals Fulham losing 3–1 to Birmingham City. Cardiff will enter their second spell in the league, their only previous appearance being in the 2013–14 season.

The third and final club to be promoted was Fulham, following their 1–0 victory over Aston Villa on 26 May 2018 in the 2018 EFL Championship play-off Final at Wembley Stadium. Fulham return to the Premier League for the first time since the 2013–14 season.

Teams relegated to the EFL Championship

The first club to be relegated was Stoke City, following their 5 May 2018 2–1 defeat to Crystal Palace, ending their 10-year stay in the top flight. This was also the club’s first relegation from the Premier League.

The second club to be relegated was West Bromwich Albion, following Southampton’s 8 May 2018 1–0 victory over Swansea City, ending eight years in the League.

The third and final club to be relegated was Swansea City. Their seven years in the League ended on 13 May 2018 when they went down 2–1 to already relegated Stoke City in their first relegation from the Premier League.

Live and Loud sports in Saigon 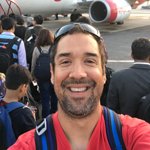